To not limit the enquiries to questions that are expected to have answers.

To stay humble in front of questions to which I do not know the answers.
To not be irked by them, to not be disoriented by them.
To live with them. To live them.

To hold something without judgement.
To move to that field from the fields of right and wrong.

To not let the cycle of hurt continue. To break that cycle and to recycle.

And to do this especially with children, to not let them ‘grow out of their questions’ telling them that ‘it would be easier that way’.

END_OF_DOCUMENT_TOKEN_TO_BE_REPLACED

“[…]And yet, as a culture that worships at the altar of immediacy and instant gratification, we continue to romanticize the largely mythic notion of the overnight success, overlooking the years of struggle and failure that paved the way for some of humanity’s most admired and accomplished luminaries.”

This celebration of youth, coupled with technology, has distorted our perception of time — the world moves faster, and so do our expectations. Today, we want success in seventeen levels, or seventeen minutes, seventeen seconds — and when the promise of something new and better is just a click away, who wants to wait seventeen years? But that’s the thing that connects all of these great people — they played the long game.

“I was doing a lecture for a group of students several months ago and I was talking about how long things can take… And a young woman raised her hand at the end of the lecture… and asked for some advice, because she had started a blog and she was hoping to get some pointers on how to get people to come to the blog, to read the blog, because she was feeling very discouraged — she’d been doing it for a while and people weren’t reading it. She wasn’t getting any traction. And so, of course, my first question was “How long have you been doing it?” And very sincerely, very earnestly, she said, “Six weeks.”

And this is, I think, a really unfortunate ramification from this 140-character culture — that people in their twenties, when they graduate from college, expect that they have to be successful. And if they’re not successful right out of the gate, then there’s something wrong with them. And then that builds into this real sense of hopelessness, because they haven’t achieved something quickly.”

> Read more – What It Takes to Design a Good Life <

“More common and more celebrated are people who play a longer game. They build an asset, earn trust, give before getting, and then, after paying their dues, win.
There’s something else available, though, something James Carse calls an infinite game.

The wrong question to ask is, “but how do they win?” The right way to understand it is, “but is it worth playing?””

> Read more – The short game, the long game and the infinite game < 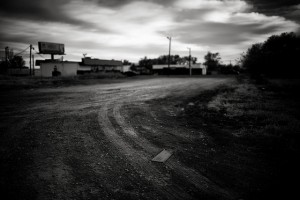